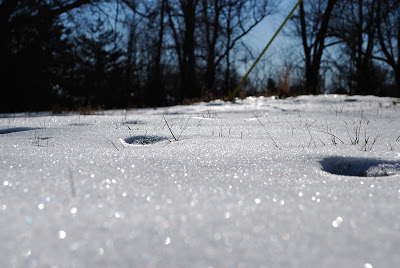 Perhaps the arctic-like temperatures, the whirling wind, snow removal, and slow driving have caused the voltage of your nervous network to increase. Perhaps some reflection would be emotionally and spiritually beneficial. Consider the old Christmas carol,  “… SNOW IS GLISTENING, a beautiful sight, walking in A WINTER WONDERLAND.”

David noticed! The heavens are TELLING the greatness of God and the great open spaces above SHOW the work of His hands. (Psalm 19:1) John Calvin, the great Reformer, applied David’s observation to the entire creation. “Meanwhile, let us not be ashamed to take pious delight in the works of God open and manifest in this most beautiful theater.“

On the Day of Atonement (Hebrew = “covering” > hence, the Day of Covering) the Israelites gathered at the Tabernacle.  A goat was slaughtered after which its blood was drained. The High Priest took

the blood into the Holy Chamber. There he encountered a box on which was a golden cover.  On it, God “was sitting” (Exodus 40:34). The priest sprinkled the blood on the cover seven times (number of perfection). (Leviticus 16:15)

You travel 50 mph in a 25 mph in a school zone. Pulled over by the police, you receive a ticket detailing your guilt. Going to the online court, you see the monetary penalty. You enter your credit card info and press “enter.” Your debt is covered. 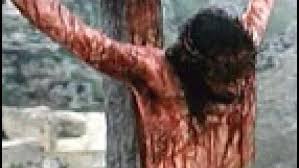 Adam and Eve broke God’s Law the penalty of which was death (separation from God). What did the Creator do? God made garments of skin, with which he covered them. (Genesis 3:21) This Coverage of Mercy was later enacted on the Day of Atonement. Finally, that which was symbolized became reality at the Cross. The body of Jesus was slaughtered and his blood flowed out. And then, Christ went into the Most Holy Place, he took his own blood and obtained eternal salvation for us. (Hebrews 9:12)

“Come on now, let’s discuss this!” says the Lord. “Though your sins are bright red, they will become as white as snow. ” (Isaiah 1:18)

On a sunny day look at an area of undisturbed snow. You will observe a covering of glistening purity. Because our debt (lawbreaking) was covered via the body and blood of Jesus, God perceives us as …“SNOW WHITE!”

David had a sexual affair with Bathsheba. She became pregnant. To cover up his sin David had Uriah, Bathsheba’s husband, killed. A year later the prophet Nathan confronted David. Psalm 32 is David’s reflection on his sordid behavior. Pay close attention! Here’s the way David begins. How happy he is whose wrong-doing is forgiven, and whose sin is covered!  (Psalm 32:1)

I almost forgot! Though the Coverage of Mercy is immeasurably costly, it’s offered to us “free of charge!” The only thing required of us is acceptance of the offer 24/7.

Snapshots of the Cross in the Old Testament—Jesus defeated Satan