By this time a lot of men and women of doubtful reputation
were hanging around Jesus, listening intently.
The Pharisees and religion scholars were not pleased, not at all pleased.
They growled, “He takes in sinners and eats meals with them,
treating them like old friends.”
Their grumbling triggered these stories.
Luke 15:1-4 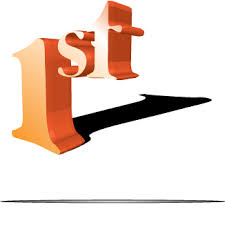 To develop our theme, The Father’s Heart for YOU, we turn to Luke 15, wherein is recorded three parables: The Lost Sheep, The Lost Coin and the Lost Son.

Interpretations must be done in the context of the passage. What does the following mean? “It was a ball.” Well, the answer depends on the context. Consider the following sentences: The baseball umpire saw the pitch drift to the outside and said, “it was a ball.” We went to the dance last night, in fact it was so formal “it was a ball.” As I was walking along the golf course I spotted something small and white in the tall grass, “it was a ball.” I had so much fun at the game night, “it was a ball.” In each case the word ball means something different. Therefore, context determines meaning! The nearest context must given the most weight in interpretation. First, there is the near context of the sentence, then the paragraph, then the section and then the book and even author. The interpreter should look at all these circles of context to be able to correctly assess the meaning. (Principles of Biblical Interpretation)

Though short, the context of the three parables is of paramount importance in their interpretation. Here are the facts! First: People of “doubtful reputation“ were attracted to and hung out with Jesus. Second: The sophisticated theologians were extremely displeased at the crowd of deployable sinners Jesus attracted. Third: the high brows publicly expressed their extravagant displeasure (growled, grumbling) at this happening.

This happening reminds me of a story of E. Stanley Jones. He was on the faculty of Asbury College when he was called to missionary service in India. There, he spent the rest of his life, ministering in the Jesus’ name to the lowest castes. Because of his notoriety, Jones had an opportunity to interview Gandhi. He asked Gandhi why he rejected becoming a follower of Jesus. Gandhi replied: “Oh, I don’t reject Christ. I love Christ. It’s just that so many of you Christians are so unlike Christ.” 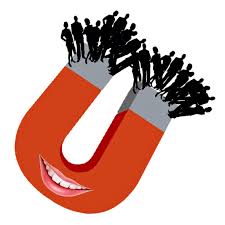 The riffraff of society were not drawn to the sophisticated leaders of Jewish culture. However, like a magnet Jesus attracted those who were broken, abused, wounded and scarred … THE REJECTS!

Only in this context
will one discover
the heart of the Father!