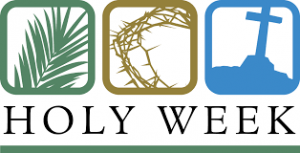 It’s a long story, but here’s the crux. Sarah had been barren throughout her marriage to Abraham. To the 75 year old Abraham God promised a son. Twenty five years later “God visited Sarah exactly as he said he would… Sarah became pregnant and gave Abraham a son. Abraham named him Isaac. Abraham was a hundred years old when his son Isaac was born. ” (Genesis 21:1-7) 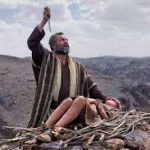 When Isaac was a teenager, Abraham received a strange command from the Lord.  “God he spoke to him. Abraham answered, ‘Here I am, Lord.’ The Lord said, ‘Go get Isaac, your only son, the one you dearly love! Take him to the land of Moriah, and I will show you a mountain where you must sacrifice him to me on the fires of an altar.‘”  (Genesis 22:1-2)

Did it happen? “They arrived at the place to which God had directed him. Abraham built an altar. He laid out the wood. Then he tied up Isaac and laid him on the wood. Abraham reached out and took the knife to kill his son. Just then an angel of God called to him out of Heaven, ‘Abraham! Abraham!’ ‘Yes, I’m listening.’ ‘Don’t lay a hand on that boy! Don’t touch him! You didn’t hesitate to place your son, your dear son, on the altar for me.‘” “Abraham looked up. He saw a ram (male sheep) caught by its horns in the thicket. Abraham took the ram and sacrificed it as a burnt offering instead of his son.“

The story of Abraham, Sarah and Isaac is a symbol, pointing to a reality!

The moment Jesus came up out of the baptismal waters,
the skies opened up and he saw God’s Spirit. And along with the Spirit, a voice: “
This is my Son, chosen and marked by my love, delight of my life.”
Matthew 3:16-17

This is how much God loved the world: enough to give his only, special son,
so that everyone who believes in him should not be lost
but should share in the life of God’s new age.
After all, God didn’t send the son into the world to condemn the world,
but so that the world could be saved by him.
John 3:16-17

Going a little ahead, Jesus fell to the ground and prayed for a way out:
“Papa, Father, you can—can’t you?—get me out of this.
Take this cup away from me. But please, not what I want—what do you want?”
Mark 14:35-36

God sent him to die in our place to take away our sins.
We receive forgiveness through faith in the blood of Jesus’ death.
Romans 3:25

Notice! As Abraham, the Father loved his one and only Son! Consequently, it’s not surprising that the Son pleaded with his Father for a way out. Abraham was given an “exit strategy“. Not so with the Father. So, He sacrificed his Son on the altar, the Cross. Now, here’s the question! WHY would a loving Father act in such a hideous fashion? The answer of the scriptures is straightforward: so that His broken and fractured daughters and sons (cf. Adam and Eve) could be forgiven so as to be healed. “It was our sins that ripped and tore and crushed him! He took the punishment, and that made us whole. Through his bruises we get healed“. (Isaiah 53:6)

“The next day John saw Jesus coming toward him and said, “LOOK, the Lamb of God. He takes away the sins of the world!” (John 1:29) Have you “looked” at the Lamb of God?

Worthy is the Lamb! (Revelation Song)