First this: God created the Heavens and Earth.
Earth was a soup of nothingness,
a bottomless emptiness, an inky blackness.
God’s Spirit brooded like a bird above the watery abyss. 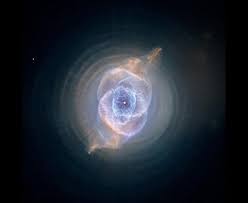 God spoke: “Light!”
And light appeared.
God saw that light was good
and separated light from dark.
God named the light Day,
he named the dark Night.
It was evening, it was morning—
Day One.
Genesis 1:1-4

We are God’s masterpiece.
He has created us anew in Christ Jesus.
God planned for us to live as he has always wanted us to live.
Ephesians 2:10

Genesis 1:2 records the first mention of the Holy Spirit. “God’s Spirit brooded like a bird above the watery abyss.” Believe or not, this brief statement describes what the Father wants to accomplish in your life!

The “law of first-mention” is the principle in the interpretation of Scripture which states that the first mention of a subject establishes an unchangeable pattern, with that subject remaining unchanged in the mind of God throughout Scripture. (The Law of First Mention)  As a matter of fact, this principle is operative in all historical documents. (EG: The Constitution of the United States) So, let’s examine the statement.

There are two assertions in the statement.  First, the Creator begins creation with what might be called “a black hole“. “Earth was a soup of nothingness, a bottomless emptiness, an inky blackness.“