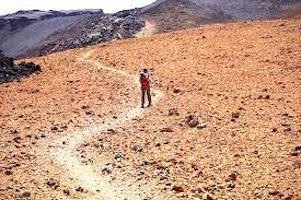 Imagine all that exists is in a box. Hence, we can know only that which is therein. People may speculate that there’s something outside the box but whatever “it” is can’t be known. This is the perspective from which Solomon wrote Ecclesiastes. 29 times the phrase “under the sun” occurs in the book. It means “what’s in the box.” Here’s what he concluded. “Nothing makes sense! Everything is nonsense. I have seen it all—nothing makes sense! Our eyes and our ears are never satisfied with what we see and hear. I have seen it all, and everything is just as senseless as chasing the wind.”(Ecclesiastes 1:8)

George Carlin was an extremely popular and raunchy comedian of the ’70s and 80s. However, near the end of his life in 2008, he wrote this perceptive assessment about what’s “in the box.”

“The paradox of our time in history is that we have taller buildings but shorter tempers, wider freeways, but narrower viewpoints. We spend more, but have less, we buy more, but enjoy less. We have bigger houses and smaller families, more conveniences, but less time. We have more degrees but less sense, more knowledge, but less judgment, more experts, yet more problems, more medicine, but less wellness.  We have multiplied our possessions, but reduced our values. We talk too much, love too seldom, and hate too often. We’ve learned how to make a living, but not a life. We’ve added years to life not life to years. We’ve been all the way to the moon and back, but have trouble crossing the street to meet a new neighbor. We conquered outer space but not inner space. We’ve done larger things, but not better things. We’ve cleaned up the air, but polluted the soul. We write more, but learn less. We plan more, but accomplish less. We’ve learned to rush, but not to wait. We build more computers to hold more information, to produce more copies than ever, but we communicate less and less. These are the times of fast foods and slow digestion, big men and small character, steep profits and shallow relationships. These are the days of two incomes but more divorce, fancier houses, but broken homes. It is a time when there is much in the showroom window and nothing in the stockroom.”

It all depends whose hands it’s in