Let us bow down in worship. Let us kneel before our Maker. Psalm 95:6

The Manual of Life begins by identifying The Manufacturer! “In the beginning, God created the heavens and the earth.” (Genesis 1:1)

The Maker’s fingerprints are on everything! However, His crowning masterpiece is humankind: “God created human beings godlike, reflecting His own nature.” (Genesis 1:27)

So, you are NOT the result of a cosmic crapshoot! Neither are you a mere ape-upgrade! “People of God, is He not your Father, your Creator, Who formed you?” (Deuterononmy 32:6)

The Corvette is the first American sports car. It originated in the mind of Harley Earl in 1951. Shortly thereafter his mental blueprint took shape in an actual-size clay model. To one of His kids the Maker said: “Before I shaped you in the womb, I knew all about you.” (Jeremiah 1:5) 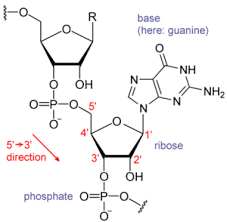 You were intricately and meticulously designed. “A fertilized egg is about the size of a pinhead. Yet, it contains information equivalent to about six billion DNA ‘chemical letters.’ This is enough information to fill 1000 books, 500 pages thick with print so small you would need a microscope to read it!.” (The Origin of the Universe, p 1)

“You are God’s masterpiece” (Ephesians 2:10) … nothing less than a work of art! You may neither think nor feel that way about yourself; but remember, the Maker does not make junk!

Comedian Billy Crystal coined the line: “Darling, you look absolutely marvelous!” In reflecting on His Father’s creativity David said this about himself: “You formed me in my mother’s womb. Body and soul, I am marvelously made!” (Psalm 139:14)

Anthony Flew on the source of life

Christ and creation—Jesus: the tool of construction