Now the man and his wife were both naked, but they felt no shame. (Genesis 2:25)

At that moment their eyes were opened, and they suddenly felt shame at their nakedness. So they sewed fig leaves together to cover themselves. In the evening the man and his wife heard the Lord God walking about in the garden. So they hid from the Lord God among the trees. Then the Lord God called to the man, “Where are you?” He replied, “I heard you walking in the garden, so I hid. I was afraid because I was naked.” (Genesis 3:7-12)

Adam and Eve were created “naked.” Physical nakedness is body language that speaks of a crystal clear spirit, one that is transparent and vulnerable. Nakedness means there are no shades covering the windows of our souls! 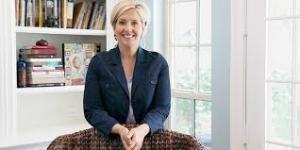 Disconnecting themselves from their Creator, Adam and Eve felt shame. Brené Brown says “shame is the fear associated with disconnection.” The couple immediately assumed control of the new situation. They covered themselves and hid. The shades of the soul were drawn. For the first time each experienced the anguish of being alone spiritually. In His infinite love the Father, knowing there’s no healing in hiding, calls to reconnect with the couple. They must come out of hiding and remove their false fabrication of self. They must become vulnerable just as God did in the birth of Jesus.

Stephen Russell observes: “Vulnerability is the only authentic state. Being vulnerable means being open, for wounding, but also for pleasure. Being open to the wounds of life means also being open to the bounty and beauty. Don’t mask or deny your vulnerability: it is your greatest asset. Be vulnerable: quake and shake in your boots with it. The new goodness that is coming to you, in the form of people, situations, and things can only come to you when you are vulnerable and open.”

Dr. Brené Brown has produced a video entitled, The Power of Vulnerability. She is a research professor at the University of Houston Graduate College of Social Work. She has spent the past thirteen years studying  vulnerability, courage, worthiness, and shame. Brené is the author of three #1 New York Times Bestsellers: Rising Strong, Daring Greatly and The Gifts of Imperfection.