One day some parents brought their little children to Jesus
so he could touch and bless them.
But when the disciples saw this, they scolded the parents for bothering him.
Then Jesus called for the children and said to the disciples, “Let the children come to me.
Don’t stop them!
For the Kingdom of God belongs to those who are like these children
Luke 18:15-16

You’re Going to be Okay: Healing from Childhood Trauma
The Testimony of Katy Pasquariello at TEDxYouth@AnnArbor 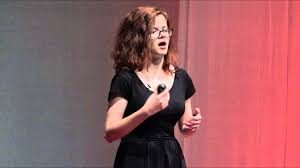 If you are unaware of the extent of the problem please check the latest Statistics on Child Abuse in the United States before you listen to the video.