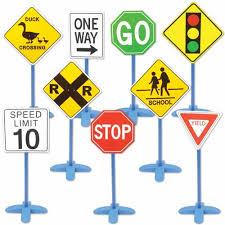 The purpose of any symbol is to point to a deeper meaning. Observe the above!

The Old Testament is replete with symbols. However, there are but two that are central. Throughout ancient cultures blood symbolized both life and death. No doubt this seems strange; however, to understand Jesus as the Lamb of God, this symbolism is absolutely essential!  “The life of every living thing is in the blood, and that is why the Lord has commanded that all blood be poured out on the altar to take away the people’s sins.”  (Leviticus 17:11)

It all began at the beginning in the Garden of Eden.The Maker of Life designed humankind to reflect Himself. “God created human beings; he created them godlike, reflecting God’s nature.” (Genesis 1:27) Of this Paul wrote centuries later:  “You are God’s masterpiece” (Ephesians 2:10).

However, the Creator’s intention for humankind got pulverized! Here’s the story.

At that moment their eyes were opened, and they suddenly felt shame at their nakedness. So they sewed fig leaves together to cover themselves. When the cool evening breezes were blowing, the man and his wife heard the God walking about in the garden. So they hid from the Lord God among the trees.Then the God called to the man, “Where are you?” He replied, “I heard you walking in the garden, so I hid. I was afraid because I was naked.” Father said: “Have you eaten from the tree whose fruit I commanded you not to eat?” The man replied, “It was the woman you gave me who gave me the fruit, and I ate it.” Then the God asked the woman, “What have you done?” “The serpent deceived me,” she replied. “That’s why I ate it.” (Genesis 3:7-13)

What happened? To state it quit simply, Adam and Eve rejected the Creator’s design. “There is no distinction to be made anywhere: everyone has sinned, everyone falls short of the beauty of God’s plan.” (Romans 3:23)  By their action the pair tore the Creator’s blueprint to shreds. Repercussions quickly followed: guilt, shame, and fear to name but a few. They’re reaction? They covered up (using their own strategy). They hid. They blamed. They made excuses. Sound familiar?

The Creator’s reaction? (Contrary to popular opinion, God is NEVER out to do a hatchet job!) He came looking for the broken pair, calling out: “Where are you?” (this is the most gracious question you will ever hear from your Maker!) Hearing the sad litany of the fractured pair, the Maker took action:“The LORD God made coats of skins for Adam and his wife and clothed them. (Genesis 3:21) How did God obtain these skins? Obviously, he slaughtered a lamb (whereas this is not explicitly stated, it is implicit in the entire biblical record). This is the first symbol pointing to the Lamb of God. Centuries later God would allow His own Son to be slaughtered so as “to take away the people’s sins.”