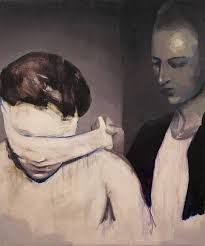 They sewed fig leaves together to cover themselves.
God called to the man: “Where are you?”
Genesis 3:8-10
The Lord God used animal skins and made some clothes for the man and his wife.
Then he put the clothes on them.
Genesis 3:21

Where are YOU?  Out of His immeasurable mercy, the Creator Father called the DIS-EASED couple to expose themselves because > THERE’S NO HEALING IN HIDING! “In gentleness, God invites us to let him rid us of our fears and heal us by love.” (Surrender to Love, Dr. David Benner) 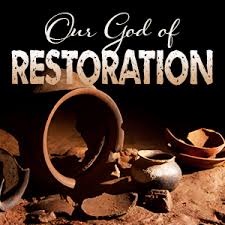 > HOW DID RESTORATION BEGIN? <
God used animal skins and made some clothes for the man and his wife.
Then he put the clothes on them. (Genesis 3:21)

The fig leaves were bandages to hide terminal cancer! They had to be removed. There could be no restoration without naked exposure … without transparency and authenticity. You can’t whitewash your sins and get by with it; you find mercy by admitting and leaving them. (Proverbs 28:13) “When we’re authentic, we’re not putting on masks or facades or pretending we are someone we aren’t.” (Mind for Life)

First, the couple had to get naked BEFORE GOD!  “How terrifying it is to face my naked and needy self. [However], the key to spiritual transformation is meeting God in vulnerability. (Surrender to Love, Dr. David Benner)

Second, they had to get naked BEFORE EACH OTHER! “It is only when I accept who I am that I dare to show you that self in all its vulnerability and nakedness.” (Surrender to Love, p 74, Dr. David Benner)

It’s called confession. “In confession… we open our lives to healing, reconciling, restoring, uplifting grace of him who loves us in spite of what we are.” (Loius Cassels)

Here are the steps of Confession.

Made a searching and fearless moral inventory of ourselves.
Admitted to God, to ourselves, and to another human being the exact nature of our wrongs.
Were entirely ready to have God remove all these defects of character.
Humbly asked Him to remove our shortcomings.
THE TWELVE STEPS OF ALCOHOLICS ANONYMOUS

How’s your practice of “getting naked”?